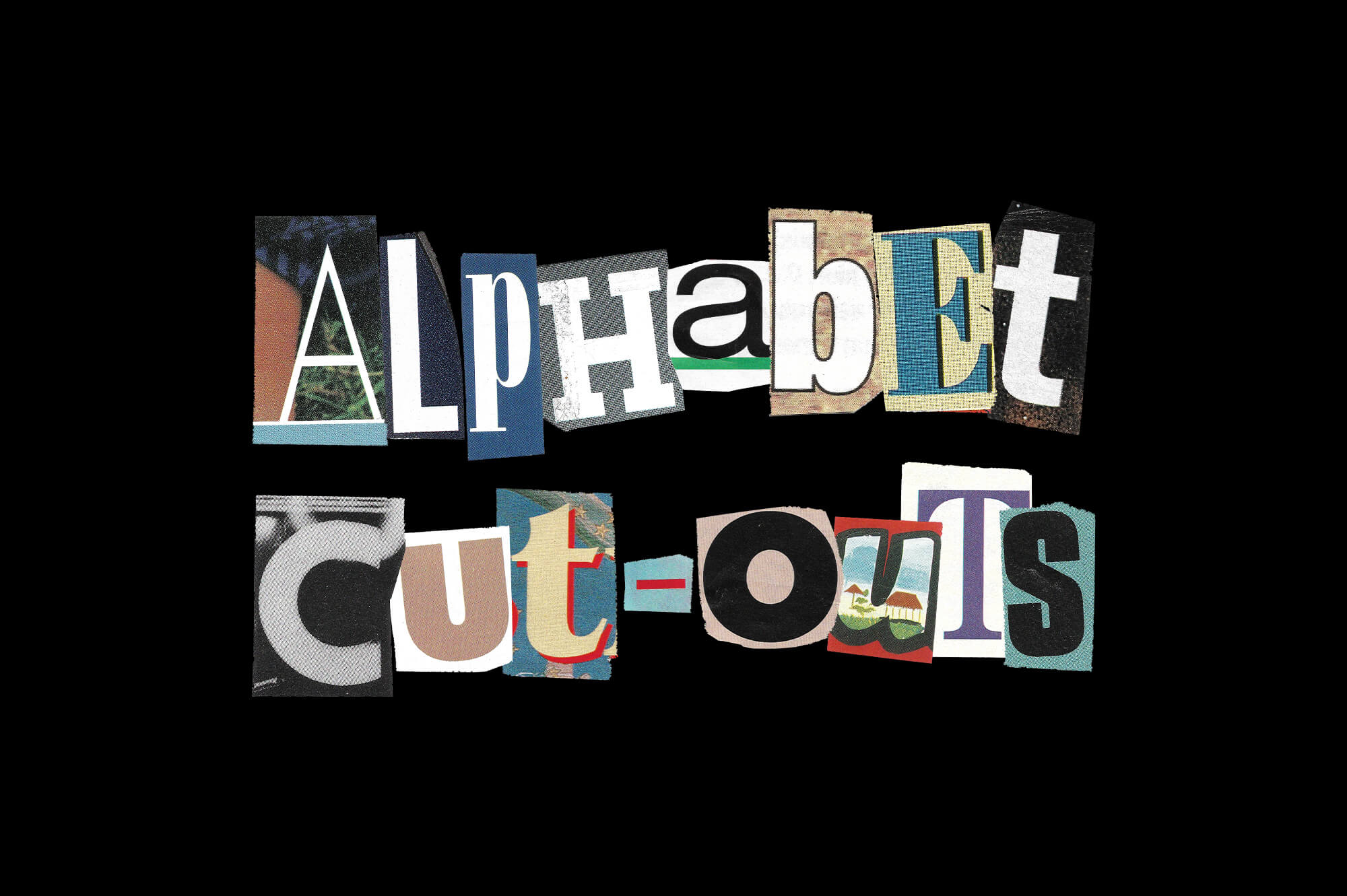 A while ago I was working on a personal project which required a specific type of graphic design assets, so-called cut-out letters. They're often used in ransom notes, with the message formed from letters cut randomly from a newspapers or magazines in order to avoid using recognisable handwriting. Having discovered that even the commercial options I could find didn't meet the quality standards I had in mind, I decided to invest the time and fill that gap by producing an entirely unique digital collection, tailored especially for those who work in the field of graphic design.

Months later, the product took on a life on its own and continuously sells itself several times a week and now pays for various pastimes like the occasional visit to the cinema! This is a summarization of my process.

Since the amount of royalty-free magazine scans available online wasn't as high as expected and the amount of different styles would've been to vast, I decided to purchase an actual stack of vintage magazines instead and cut out the most aesthetically pleasing characters by hand, rather than doing it digitally, which contributed to the overall authentic look of the finished product.

As I leafed through decades-old articles on the newly established Presidency of Bill Clinton, the release of the first desktop Mac with an integrated colour display or the sudden death of grunge legend Kurt Cobain, I collected almost 500 different letters, numbers and special characters. Afterwards I scanned them in alphabetical groups, then I cropped and saved every character as a seperate file and concluded by isolating them on transparent backgrounds, so they can be easily drag-and-dropped. The compressed zip-archive ended up being 1.43 GB in size.

Although the product itself would've been technically finished at this point, there was an equally important component still missing. In order to give potential customers an idea of the product and why they should buy it, you got to think of a unique title, a sufficiently informative product description and product images. I had a look at some of the best selling products in similar categories and adopted aspects they all had in common for myself to showcase facets like variety, among other things.

This is what I came up with:

Essential bundle of 450+ separate letters, numbers and symbols – hand-picked and -cut from a variety of vintage magazines. Lots of variations for each letter and number, scanned individually and turned into transparent background .PNG files.

Now it was time to put the product up for sale. I already had a glimpse on some of the major platforms for community-generated design assets when I worked on showcasing the product. However, even though a little market diversification is certainly a good idea, I decided to settle on no more than three marketplaces for the time being. Every time a product sells it ranks higher on the respective platform and therefore in search engine results, so I wanted to make sure clicks wouldn't spread across too many platforms and instead concentrate the traffic on the most essential marketplaces instead.

Of course you must also take some steps to rise above the competition and improve your chances of being profitable. To generate some more traffic, I created project pages for my product on Behance and Dribbble, two of the biggest digital showrooms for those who want to exhibit or get inspired, equipped them with the most relevant tags and linked to my newly-established marketplace listings. These project pages later turned out to be the primary source of future buying customers.

The decision which three marketplaces I ended up chosing and comparing depended on if they offered marketing analytics to their sellers to analyse statistics like consumer flow. The following table compares how often this one first product was sold in the three-month period between June 1st and August 31st 2021.

Etsy is primarily a marketplace for physical products, and it shows — the maximum file size for digital listings is only 100 MB. I was able to escape this restriction by offering a text file to download instead of the product, with a Dropbox link in it to the actual files. However, anyone who has the link can now access the product without paying. It's not ideal but all you can do until Etsy decides to raise the file size limit. And although Etsy charges the lowest transaction fee of only 5%, given the low percentages of platform referrals I decided to not maintain or link to the listing I created on there anymore. Although I kept the listing itself online, there have been zero sells since then.

Then there's Gumroad, another online marketplace that, unlike Etsy, hosts almost exclusively digital products and therefore has a following geared accordingly. Gumroad charges a slightly larger fee, that is 9% of the sale price.

Last but not least, there is Creative Market. This platform charges a comparatively high transaction fee of 40% for every sale you make. However, Creative Market is considered the most established market and often is the first port of call for graphic designers looking for digital products. Furthermore, the quality of the products offered here is usually quite high, because in order to sell products on this platform, one must first submit an application with references and be accepted.

Although the listings were all created at the same point in time, Creative Market was responsible for more sales in the three-month period than the other two platforms combined. If you take a look at the referral percentages, it becomes clear that the majority of views on Creative Market came from platform-internal referrals, such as personalised suggestions. Meanwhile, most of the views on the remaining platforms largely came from the direct links I left on the project pages on Behance and Dribbble.

If you convert the percentage of direct views on Creative Market to a total sum (325 vs 439 views on Gumroad), it turns out that slightly more people clicked on the Gumroad links. I suspect that this is partly due to Gumroad's simplified checkout system, which works without registration. Another point in favour of continuing to maintain and link to the shop on Gumroad is that although the platform-internal references from Creative Market to my product are far higher than on the other platforms, their algorithm could develop to my disadvantage at any time.

On the whole, I think it can't hurt to offer a product on several platforms at the same time. However, after this experiment, I think I will refer exclusively to the listing on Creative Market to further increase its views.

Published by Julian Mark in Projects